Grace Baptist Church is led by elders and served by deacons. 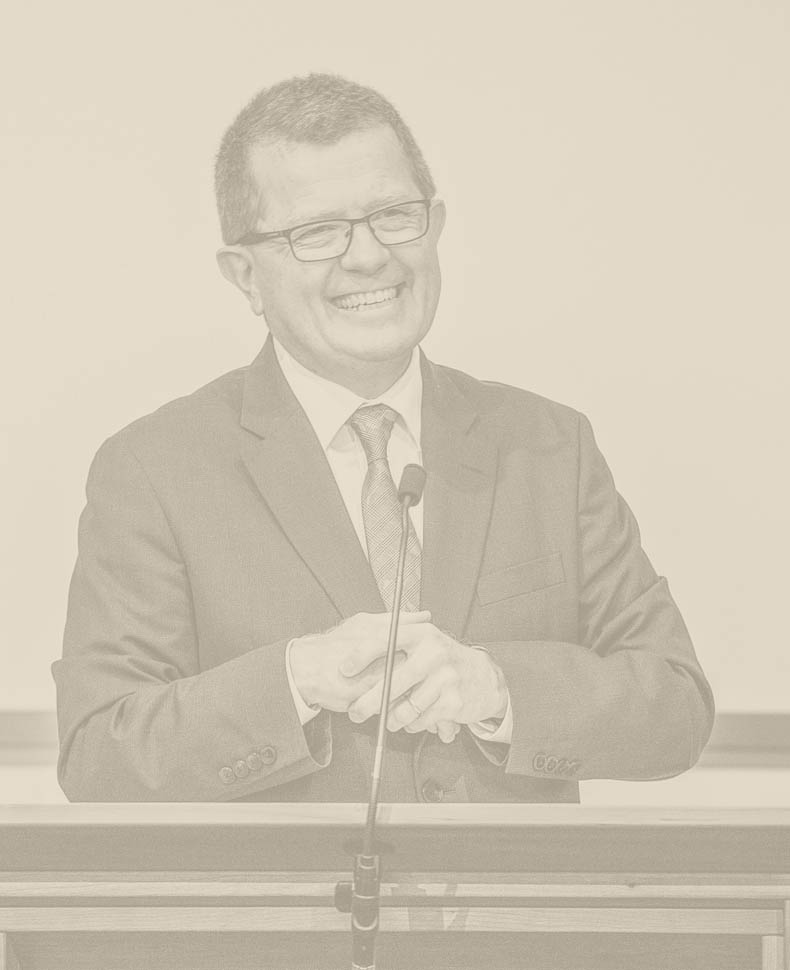 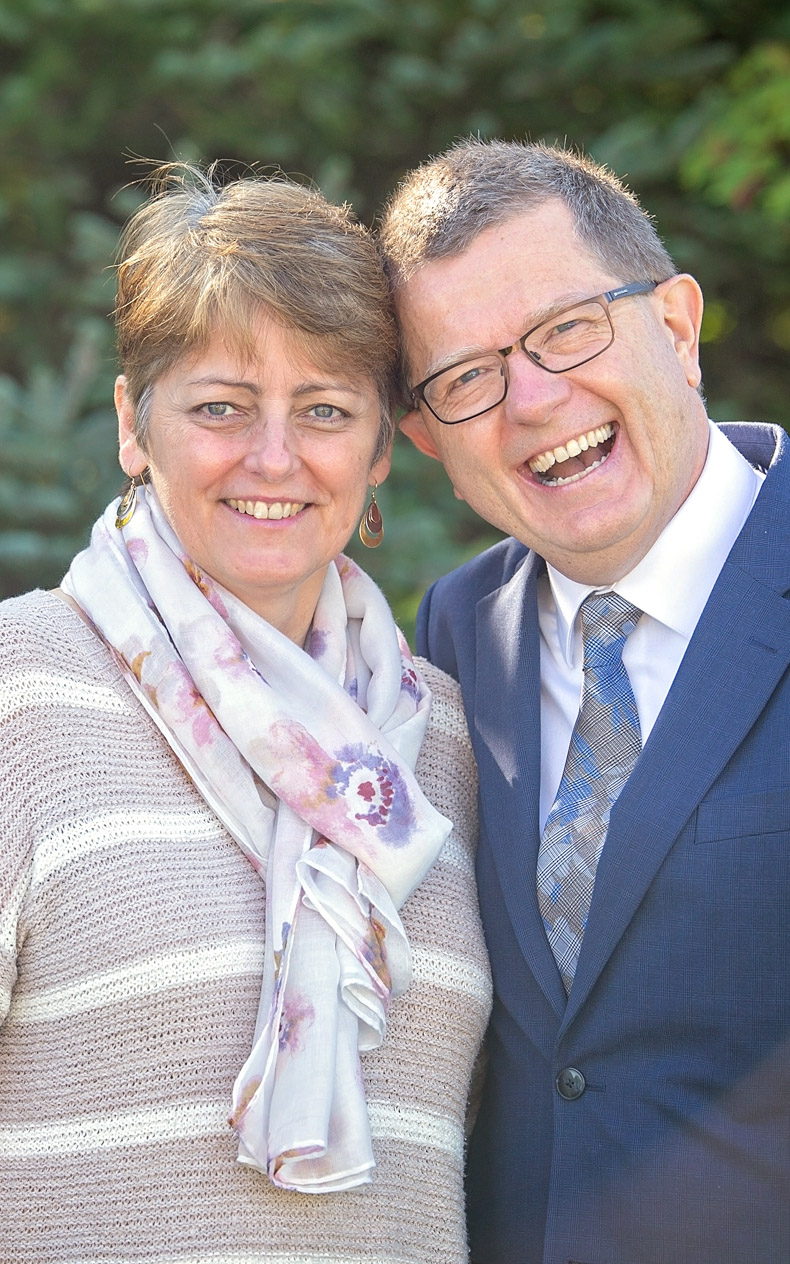 William and Sharon Emberley, both originally from Newfoundland, are delighted to be the parents of three grown children and 8 grandchildren. Sharon received her BSc and BEd from Pillsbury College in Owatonna, Minnesota. William’s education includes an M.Div. from Central Baptist Theological Seminary and a Th.M. (New Testament) from Detroit Baptist Theological Seminary. The Emberleys served churches in Newfoundland, Minnesota, Ontario, and Nova Scotia. William also serves as adjunct faculty at the Pastor’s Training College in Nairobi, Kenya.

William began his current ministry at Grace Baptist Church January 1, 2019, having pastored previously at GBC from 1993–2016. Both William and Sharon are delighted to return and serve with the congregation to extend the reach of the gospel of Jesus Christ locally and globally. The greatest need of humanity is to be in a right relationship with God. Christ’s death, burial and resurrection means the work of redemption has been accomplished! It will now be applied to all who, through faith alone in Christ alone, will trust exclusively in Christ. The Emberleys’ greatest desire for Grace is she may faithfully embody that Gospel – this greatest of all news. 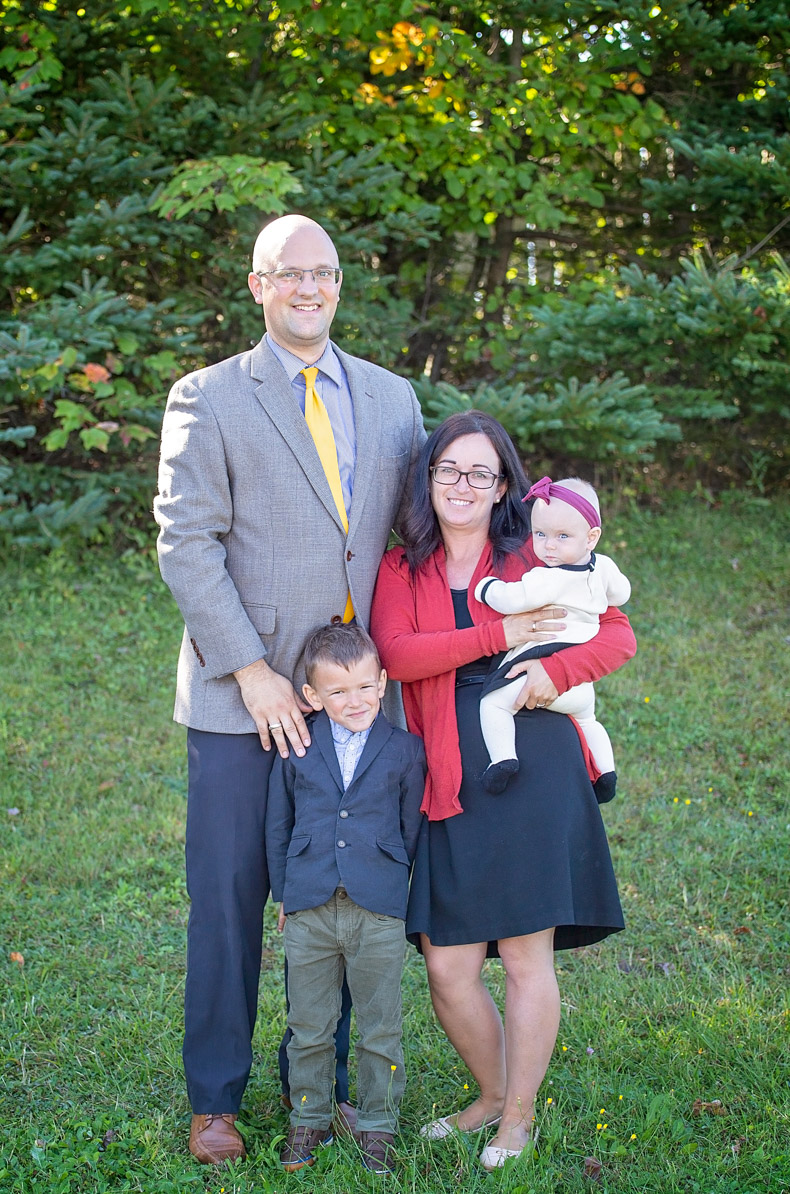 Brent has lived in Nova Scotia since 2015. He finished his Master of Divinity (with an emphasis on biblical languages) from Luther Rice University and Seminary in the spring of 2017. He has enjoyed being involved in Bible education since 2009, including teaching at a Christian college as well as creating courses and coaching at Biblearc (http://biblearc.com/). He previously served as a pastor at Faith Baptist Church in Greenwood, Nova Scotia, and has served as a pastor at Grace since October, 2020. He is married to Gayle, and they have two young children.

Brent’s purpose in preaching and teaching is to fill his hearers with an intellectual understanding of and passionate delight in the Word of God in all its breadth, length, depth, and height, which will overflow in love for and obedience to Jesus Christ (John 1:37; Phil. 1:23-26; Eph. 3:16-19).

Patrick was born and raised in Nova Scotia. He was blessed to be raised in a Christian home and professed a faith in Jesus at a young age. He was baptized at his church in Noel, Nova Scotia in 1993. He has been attending Grace Baptist in Dartmouth since 2006. Patrick married his high-school sweetheart, April, and they have 2 boys. As a family, they enjoy attending and ministering at Grace Baptist together. Currently, Patrick is serving as a Deacon and he loves being the Teen Sunday School teacher. Patrick works toward the mission of making and maturing of believers. 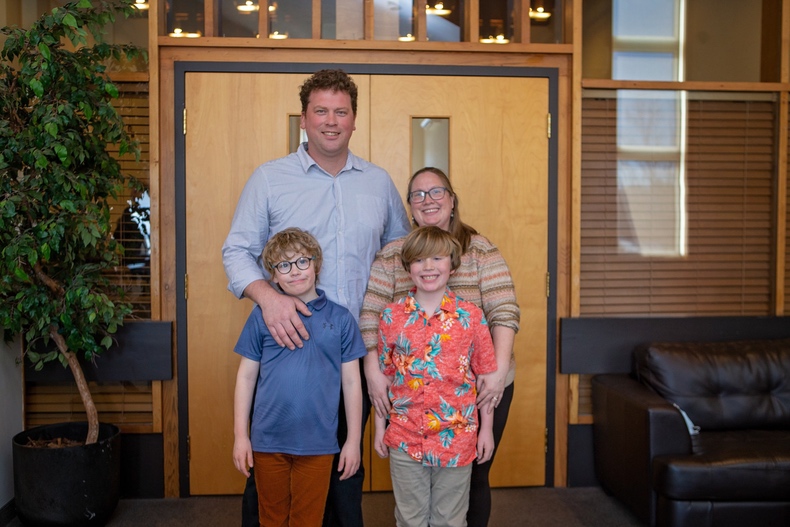 Barret grew up in a Christian home in Prince Edward Island, but he did not become a Christian until he was 20 years old and working in Calgary, Alberta. Since then he has been an active member in churches in Alberta, New Brunswick, and Nova Scotia. He and his wife Judith have been attending Grace Baptist Church since they moved back to the east coast in 2017. Along with their two girls, they love the privilege of serving and sharing in the family atmosphere at Grace. 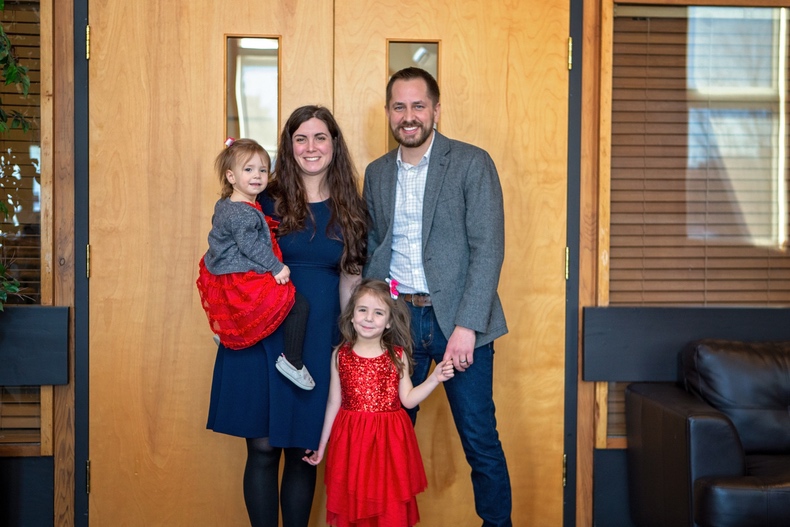